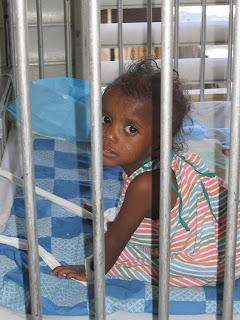 A Milestone for Generosity
Friday, June 8, 2007

OSF Saint Francis Medical Center's plan to improve care for its youngest patients seems to have touched the community. Donations are pouring in by the millions.
First came CEFCU, which in February pledged $1 million toward a new pediatric emergency department for the Children's Hospital of Illinois.

Then RLI Corp. founder Jerry Stephens and his wife, Helen, donated $5 million for the neonatal ICU. Stephens told reporters he had long admired the standard of care at St. Francis. He also revealed that his only brother had died from spinal meningitis and he hoped to spare other families such grief.

All of this generosity is remarkable, especially since OSF isn't running a public campaign for its "Milestone Project" - a $234 million, eight-story building going up at its Downtown campus. In addition to the Children's Hospital, that building will have ground-floor space for Peoria's St. Jude cancer clinic affiliate, to be named after longtime St. Jude crusader and former Peoria Mayor Jim Maloof.

Perhaps local folks just have a soft spot for children, whom nobody wants to see suffer from treatable diseases.

Perhaps it's because Peorians feel that OSF's project, along with a $350 million makeover of Methodist Medical Center, will solidify the city's reputation as downstate's premier medical community. Or perhaps it's simply because people recognize that extraordinary beneficence has a way of paying its own, intangible rewards.

The Journal Star editorial reports the millions of dollars given to OSF from people in the area. Their generosity is inspiring.

However, will the funds be put to the best possible use by OSF? Will OSF Corporate and OSF-SFMC Administration follow the founding Sisters mission philosophy?

Haitian Hearts donated over 1.1 million dollars to Children’s Hospital of Illinois over the years for inpatient care for Haitian children. Our patients that were operated at OSF several years ago have been rejected at OSF for repeat heart surgery with full and partial charges offered for their care. Two have died. More will die soon unless OSF follows their mission statements.

There is significant fear in the Peoria community by individuals and institutions. To criticize OSF in a public forum with one’s name attached is not what people usually want to do. An individual contributor to OSF, one that OSF has privately courted for years, implied to me that she feared for her medical safety if she was publicly critical of OSF. (She has chronic medical problems.) This individual has strong reservations about OSF’s current leadership but is afraid to say so. Her fear really says something significant about OSF and would sadden the Sisters.

Also, the Journal Star and the Catholic Post have not reported OSF’s negligence of dying Haitian children and the obscene discrimination leveled against these children. The coverage of OSF’s 500 million dollar expansion and creation of jobs for the Peoria area has been more important to these two newspapers for reasons that are apparent to anyone who lives in central Illinois.

Cudos to JMD
June 08, 2007 - 09:49
Subject:
The good sisters of the third order are the crookedest bunch of "well you know what" that ever predatated in the business world.

They do NO charity. They will demand others "share the wealth" as they refer to it. If you cannot tell I know what nuns are REALLY like.