A Byte Out Of Poverty 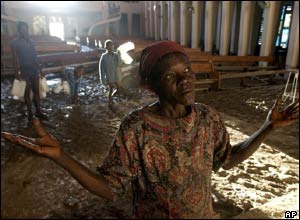 "Humanity's greatest advances are not in its discoveries, but in how those discoveries are applied to reduce inequity. Whether through democracy, strong public education, quality health care, or broad economic opportunity, reducing inequity is the highest human achievement."

That's a pretty powerful quote. And this altruistic appeal originates not from a preacher or presidential candidate but from a software engineer named William Henry Gates III - better known as "Bill."

The Microsoft mogul recently addressed the graduating class of Harvard, the Ivy League school he famously quit to pursue his passion for computers. After accepting an honorary degree, Gates joked he was glad to finally get his diploma. But jokes aside, this commencement address transcended the usual fodder college grads hear. It was revelatory, honest, a humanitarian call to arms.

The 52-year-old Gates admitted he left campus in the mid-1970s "with no real awareness of the awful inequities in the world - the appalling disparities of health, and wealth, and opportunity that condemn millions of people to lives of despair." It took him "decades to find out" that others, especially in developing nations, were getting substandard schooling, enduring hunger or dying of treatable illnesses like malaria and measles - not of their own fault, but because both private and public sectors had failed them.

In revisiting his naivete, Gates urged not only graduates but also Harvard as an institution to "make market forces work better for the poor" and use "creative capitalism . . . so that more people can make a profit, or at least make a living." In addition, citizens should "press governments around the world to spend taxpayer money in ways that better reflect the values of the people who pay the taxes."

Gates should know something about values. The man who tops Forbes' billionaires list has, along with wife Melinda, thrown himself into philanthropy. His foundation, with an endowment of $33 billion, has given millions in grants to fund the kind of "teach a man to fish" initiatives he referenced in his speech: college scholarships, public school curriculum support, access to vaccines and, of course, money to bridge the digital divide. Like Warren Buffett, another billionaire benefactor, Gates seems to have realized money is only as good as the man who makes it, and that wealth and position can motivate others - politicians, businesses, the media - to pay attention to those less fortunate.

In his late middle age, the world's richest man has dedicated his time to the world's poorest people. Ironic, yes, but nicely so. Would that those of us mere mortals with more modest means but equally generous spirit follow suit.

The PJS editorial states, “…Gates seems to have realized that money is only as good as the man who makes it, and that wealth and position can motivate others—politicians, businesses, the media—to pay attention to those less fortunate.”

Why isn’t the Journal Star “paying attention” to those less fortunate that have lived right here in Peoria? I wonder what the Journal Star thinks of OSF’s refusal to take care of Haitian Hearts patients that have been treated at OSF in the past and now need further heart surgery to stay alive.

Haitians kids are dying because of OSF’s refusal to care for their patients. Gates’ cry for reducing inequity as the “highest human achievement” generates no action in Peoria for Haitians, only written words.
Posted by John A. Carroll at 11:33 AM