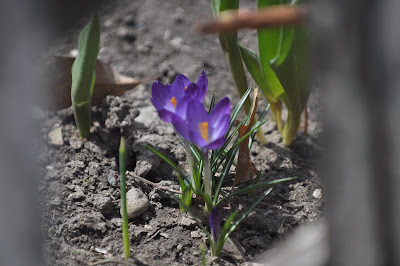 
From the Peoria Journal Star, September 2011--

About 19,000 Peorians, or 18 percent of the city's population, live below the poverty line, according to statistics released Thursday by the U.S. Census Bureau.

Almost 24 percent of all children in the city live in poverty.

Here are some other statistics for the city:

- 21 percent of families with children are in poverty.

- 44 percent of unmarried women who live alone with children fall under the poverty line.

While the statistics are alarming, they also come with a high margin of error because of the sample size and the way the Census Bureau conducted its survey last year. However, the numbers still fall in line with national averages.

Meg Newell, a spokeswoman for the South Side Mission, sees it every day.

"The human side, for us, that people who never thought that they would be in that position are now in that position. People who five years ago were supporting our food pantry, who were buying extra at the grocery store to donate, are now our customers," Newell said.

She points to the 10 percent increase in food baskets distributed by the mission this year. In 2011 so far, the mission has passed out 4,918 baskets, compared to the 4,433 baskets during the same time period in 2010.

The numbers come from the annual American Community Survey, which is the Census Bureau's effort to keep track of yearly trends by surveying only about 2 percent of the population and then extrapolating estimates from there.

The numbers released Thursday also state the obvious: Those who have less education and poor work history tend to fall below the poverty line.
Posted by John A. Carroll at 7:16 AM