A Lesson for U.S. Health Care 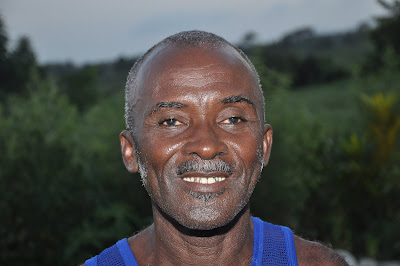 
In Haiti, a Lesson for U.S. Health Care

In February, a month after Haiti’s earthquake, I went down to Port-au-Prince as part of a team that was helping to reactivate cardiac care in the city’s public hospital. For several months since, I have observed how the earthquake and its aftermath profoundly changed Haiti’s health care system. Over that time, I have come to the unorthodox conclusion that Haiti’s tragic experience may show us a way to improve health care in the United States.

Let me explain. The sudden availability in Haiti of free high-quality care from foreign doctors put enormous competitive pressure on the private local doctors, who had already been working under difficult conditions. Watching this situation unfold, I found myself wondering if the same would happen to private medical services back in the United States were our government to suddenly provide high-quality, low-cost health care.

Haiti, with the worst health care record in the Western Hemisphere — the infant mortality rate is nine times that of the United States and the maternal mortality rate is 50 times as high — was ill prepared to help disaster victims. For the public hospital in Port-au-Prince, earthquake damage only made things worse. Into this vacuum surged hundreds of international doctors and nongovernmental health care organizations.

In the beginning, of course, those with immediate injuries were treated first. But even after the earthquake victims had been taken care of, lines more than a quarter-mile long still formed at the hospital entrance. There were mothers carrying babies with swollen bellies, prematurely old men and women with waterlogged legs and labored breathing, people with painful sores and lots of people coughing. These were Haitians who’d had no access to medical care in a long time and who suddenly saw hope in a hospital full of foreign doctors eager to help at no charge.

This humanitarian aid came with a downside though: it caused many of Haiti’s local private clinics to lose business. One such clinic is Michel Théard’s cardiac practice, near the public hospital where I worked. Before the earthquake and during the immediate aftermath, Dr. Théard did echocardiograms (ultrasound images of the beating heart) for cardiac patients, because the public hospital lacks the equipment to do them. His ultrasound pictures, and those done by other private Haitian cardiologists, often at charity rates, enabled us to diagnose many conditions for patients in the public hospital.

But because Dr. Théard, and the private hospital with which he is affiliated, cannot compete with free foreign doctors, there is a danger that he will no longer be able to stay in business and provide echocardiograms for the poor.

There are many other services that only private doctors provide in Haiti, because the public hospitals are so poorly financed. The rudimentary intensive care unit at the public hospital has no heart monitors, oxygen sensors or any other kind of modern medical equipment. The only thing “intensive” about the I.C.U. is that a health care worker (doctor, nurse or nurse-anesthetist) is present at all times. A CT scanner donated to the hospital in the early ’90s lies rusting outside one of the buildings, sad evidence of the public medical system’s failure to provide adequate care.

Patients who can afford it get specialized procedures like CT scans and echocardiograms at private clinics and then return to the public hospitals for free care. This is also the case for many medicines: family members buy them at a pharmacy and bring them back to be kept under the patient’s hospital pillow for dispensing at the prescribed times.

Perversely, by shoring up the capacity of the normally dysfunctional public health system during this crisis, the foreign doctors may be further damaging Haiti’s fragile medical sector. Once they leave, who will be left with the will and the capital to adequately care for Haitians?

What may be needed, some have suggested, is for key nongovernmental organizations now offering health care in Haiti to work alongside the government’s Ministry of Health to rebuild destroyed facilities and to better train Haitian doctors and other providers. If the organizations could also cooperate financially by directing some of their budget into accounts run jointly with Haiti’s Ministry of Health, the government could reimburse providers like Dr. Théard for their work, thus removing competition between the foreign doctors and local private doctors. In time, as the Haitian government took control of health care delivery and education, the nongovernmental organizations would fade from the scene.

HAITI’S crisis — and its possible solution — provides a mirror for understanding our own difficulties delivering good health care in the United States. After all, it was a similar tension between private and public medical care that made it impossible for Congress, in passing reform legislation this year, to create a single-payer public health system. Many private health-care organizations — primarily for-profit insurance companies — strenuously resisted it, fearing that if the government suddenly provided high-quality, low-cost care for a significant part of the population, they would lose profits or go out of business. Worries about competition between public and private medicine, in other words, are universal.

It is clear that the American health care system functions at a much higher level than its Haitian counterpart does, but that’s mostly a matter of national wealth. Our healthier economy has allowed us to have a relatively viable private-sector health care system, though there remains tremendous disparity from one economic class to another in infant and maternal mortality and access to basic care. And now, because the growing cost of our health care system is unsustainable, we are faced with the need to consider an alternative.

The Haitian situation also suggests a solution — a way to provide health care for all in the United States without destroying our private medical sector. (This, by the way, was always President Obama’s goal, no matter how the right tried to defame his proposals.)

A public-private partnership like the one contemplated for Haiti could be created here. The government, through the Centers for Medicare and Medicaid Services, could team up with health care systems that provide high-quality care to people of all income levels — Kaiser-Permanente, in California, comes to mind, as does the Mayo Clinic network; the Geisinger Health System, in Pennsylvania; Partners HealthCare, in Boston; and Intermountain Healthcare, in Utah — to provide a public option. Private doctors could be paid for the work they did for the new public entity. People who did not want to join such a health plan could remain with their current private insurers.

Health care systems wishing to be part of the new partnership would have to demonstrate competence as well as fiscal responsibility. Those that did not provide good care at a reasonable price might fail, but in the long run the system could serve the broadest cross section of America, and it could do so without undermining private doctors — or at least not those who are motivated by care itself rather than by mere profit.

Although it is unrealistic to expect Congress to rewrite the health care law to allow for this proposal, there is room within the law for a state or regional pilot project to experiment with public-private medical partnerships.

Dr. Théard’s clinic in Port-au-Prince has not yet closed, but he tells me it is now fighting for its life, with little or no money for salaries, equipment or rent. “We are still open but without any help from any sector,” he said in an e-mail last week. “Equipment needs repair, buildings need repair and we are doing the best we can.”

Haiti’s need to fix its health care system is, if anything, more urgent than ours. But its best solution, a public-private partnership, is one that could easily work for America, too.


James Wilentz is a cardiologist at the Lenox Hill Heart and Vascular Institute.
Posted by John A. Carroll at 4:26 PM