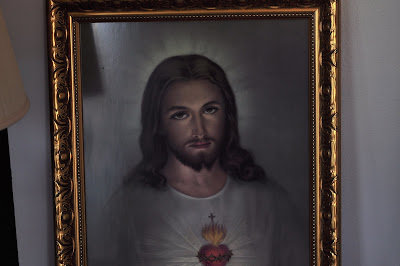 Fifteen years ago OSF in Peoria and The Catholic Diocese of Peoria figured out a way to allow OSF physicians to write oral contraceptives while on OSF property.

This policy flies in the face of the official pro life philosophy of the Catholic Church.

However, with OSF's policy it makes the Freedom of Choice Act a mute point in Peoria.

OSF and The Catholic Diocese of Peoria gave in and let the market place control their consciences.

"John Paul II noted that the alliance between ethical relativism and liberal democracy has the potential 'to remove any sure moral reference point from political and social life, and on a deeper level make the acknowledgement of truth impossible'. This is particularly the case when in comparison or opposition to claims of sexual or reproductive autonomy, perhaps the most cherished of contemporary rights in our highly individualistic culture. And, as Fr. Robert Araujo has prophesized, it may be that the liberal democracies of the twenty-first century will mandate compliance with their beliefs on abortion, euthanasia, and emergency contraception."

"John Paul II called upon Christians to not participate in such acts. He characterized the right to refuse to participate in such procedures a 'basic human right' and called for governments to provide 'those who have recourse to conscientious objection...(with protection) not only from legal penalties but also from any negative effects on the legal, disciplinary, financial and professional plane'. But he also recognized these procedures 'may require the sacrifice of prestigious professional positions or the relinquishing of reasonable hopes of career advancement'."
Posted by John A. Carroll at 2:19 PM