A Look Back and Lessons Learned 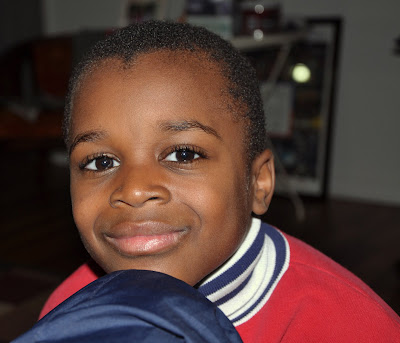 PEORIA - A prominent OSF Saint Francis Medical Center physician who founded the Haitian Hearts program has lost his job at the hospital.

Dr. John Carroll, whose program brings sick children from Haiti to Peoria for treatment, said he was fired from St. Francis on Tuesday. ''I was told to leave the premises,'' he said Thursday, adding the ''situation had evolved over a number of weeks.''

''This was not done lightly,'' Lofgren said. ''it was done thoughtfully over a long period of time.''

Carroll said he was not sure of his long-term plans, but he is planning to leave for Haiti on Jan. 9 for a monthlong stay. He wants to bring back more children, he said. Without advanced medical care, these children will die, he said.

''The main thing to me is the future of Haitian Hearts,'' Carroll said. He would not discuss the reasons for his job loss, but said he regretted leaving.

Carroll, 48, worked in the hospital's emergency department and has been at the hospital for 21 years. A Peoria native, he did his residency there and never has worked anywhere else.

Carroll has won numerous awards and brought national publicity to St. Francis and its Children's Hospital for the Haitian Hearts program, and also raised money for the program.

He said he has raised $819,000 in donations and pledges for the Children's Hospital of Illinois at OSF St. Francis Medical Center in the past three years.
''We're the single-highest private donor to OSF Children's Hospital,'' he said.
Carroll still has hospital privileges to practice medicine at St. Francis, Lofgren said.

Asked about the Haitian Hearts program, Lofgren responded, ''as it stands right now, it's unaffected by John's departure.''

Carroll will have to discuss future treatment of the Haitian children with the staff and physicians who treat them, Lofgren added.

Heart surgeon Dr. Dale Geiss, who has worked with Carroll and donated his services for the Haitian children, termed Carroll ''an outstanding individual and superb physician.'' He said he was not familiar with the issues leading to Carroll's job loss.

Saying he hopes Carroll stays in Peoria, Geiss added, ''I've been assured that Haitian Hearts will continue to be supported by St. Francis if that is what Dr. Carroll wants.''

Other physicians also support the program, he said.

Dr. Greg Tudor, who worked with Carroll, said hospital employees were told not to comment on Carroll's departure. Carroll is ''a community icon and nothing short of that. I can't believe it,'' he said.

Karol Holmes of Tremont is caring for a 1-year-old Haitian baby who has been treated at St. Francis since May.

''Everybody in Haitian Hearts is devastated,'' she said. ''I can't begin to understand it.''

Carroll has given ''his whole life for this. The emergency room and Haitian Hearts is his whole life. His compassion is incredible. I've never known a man like him,'' she said.

She told of Carroll fighting to save the baby's life, and at one point, personally carrying the infant to the pediatric intensive care unit without prior approval, saying ''I hope I don't get in trouble for this.''

She and others described Carroll as a perfectionist and a fighter for his patients.
''He's pretty strong willed. That's not a bad thing. If I'm sick and dying, I want him on my side,'' Holmes said.

Holmes is planning to accompany Carroll to Haiti in January, where they will seek the mother's approval for the Holmes family to adopt the baby, who will need medical care for years.

In the months before that adoption can take place, she said, the family will be dependent on Haitian Hearts and St. Francis for medical care for the boy. Carroll's situation has her worried, she said. ''What am I going to do without Carroll?''

Geiss said that Carroll's use of expensive medical resources for the Haitian children is not an issue for St. Francis, whose officials have often expressed support for Haitian Hearts.

About 75 children from Haiti have been treated since 1995, Carroll said.


1. This article was written a few days after I was fired from OSF in 2001. As documented in Peoria’s Medical Mafia, I was placed on probation at OSF on September 28, 2001. The day before I had written OSF administrator Keith Steffen warning him of the overcrowded and dangerous Emergency Department at OSF.

I was also aware of OSF Emergency Department Director Dr. George Hevesy’s financial conflict of interest with Advanced Medical Transport. I did not feel that Dr. Hevesy or Dr. Rick Miller, previous OSF-ER Director, would be able to do much of anything about overcrowding in the ER due to the fact that they both had excellent jobs in the ER and Mr. Steffen had too much on them for either of them to contest him on anything.

2. I was attempting to save Haitian Hearts at this point. I had been told by an insider that Mr. Steffen was going to withdraw all financial support from Haitian Hearts…I just didn’t know when he was going to do this. (OSF withdrew all financial support for Haitian Hearts in July, 2002...six months after I was fired.) Dr. Geiss was given the wrong information when he was quoted above saying that OSF would continue their support of Haitian Hearts. Paul Kramer, Executive Director of Children's Hospital of Illinois (CHOI), told me in his office before I was fired, that Haitian Hearts was becoming "too much competition" for Children's (due to our very successful volunteer fundraising). Caterpillar Inc. was donating significant money to Haitian Hearts that went directly to CHOI. I think this really unnerved OSF because they wanted donated money to go to the Milestone Project, not to children from Haiti who needed heart surgery. (Also, $9,500 dollars from Caterpillar to Haitian Hearts in 2001, months before I was fired, turned up missing at Children's Hospital of Illinois...I wonder where it went...)

Even though I was fired, we were able to keep Haitian Hearts alive at many other medical centers in the United States.

3. In the months before he fired me, in his office, Mr. Steffen would smile and tell me, “When this comes out about you, John, it won’t be good.” When I asked him what he was talking about, he would just shake his head and smile. He spoke to other employees about me and to people outside of the hospital. They told me what he said.

Mr. Lofgren, hospital spokesman, also spoke inappropriately about my termination... he admitted to me that he did. (Much of what Mr. Steffen and Mr. Lofgren were saying came back to me and my family.)

How was I supposed to explain this bizarre behavior by OSF to Elaine Hopkins, the Journal Star reporter and, at the same time, try to protect Haitian Hearts from OSF's Administration?

I know that Mr. Steffen and some of his administrative staff are very dangerous people. They sure shouldn’t be in charge of OSF-SFMC. But OSF-Corporate and the OSF Sisters and the Catholic Diocese of Peoria know much of Mr. Steffen’s history and must just using him. And from a very good source, they will terminate him when the time is right.

4. As reported above, the Emergency Room staff of doctors and nurses were told by OSF ER directors not to comment on my firing. Everyone was being muzzled. Mr. Lofgren even sent out an e mail to the entire hospital saying that no one should comment. (I guess it was ok if he did.) The Executive Committee of physicians at OSF weren’t even consulted with my termination.

5. As stated in the article, I was grateful to OSF for their support of the Haitian kids. All physicians and the perfusionists on the open heart team donated all of their services. During 2002, the year after I was fired, and the year that OSF terminated Haitian Hearts, we donated $445,000 more dollars to OSF-Children's Hospital of Illinois.

6. So what have I learned from this experience with the OSF-Administrative team? I have learned alot. I have seen a few people cover for their colleagues when things get tough. I have also seen how people react when they are scared. People are afraid to take on OSF for so many reasons.

And most importantly I have seen how a small group of people at the top of OSF-SFMC destroyed the lives of many Haitian kids who deserved a chance. I have had the privilege of working with so many good people that took care of Haitian kids in their homes. I have seen their pain too as Haitian Hearts at OSF was destroyed.
Posted by John A. Carroll at 1:34 PM