No Room in the Inn for Haitian Hearts Patients 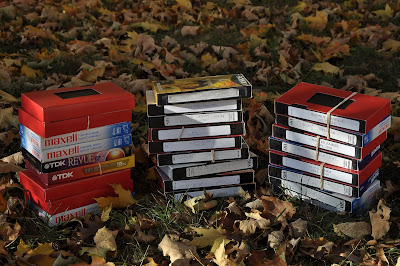 (Photo of Haitian echocardiograms of Haitian Hearts patients who need heart surgery. These videos sit in my living room in Peoria and haunt me each time I look at them because they represent the beating hearts of people I have examined who have treatable disease. I also know their mothers and families who put so much trust in us to help them. Jenny and Henri's echocardiograms are among the stacks of videos.)


OSF HealthCare System in Peoria is refusing Haitian Hearts patients to return to Peoria for repeat heart surgery. They have been refusing my patients for seven years now.

I am having a very difficult time finding any medical center to accept Jenny and Henri for repeat heart surgery. Other medical centers believe it is OSF’s responsibility to take care of their patients.

In the last few years I have had three Haitian Hearts patients die. All were in their early twenties. All needed repeat heart surgery at OSF. All were refused by OSF.

And this week in the Peoria Journal Star an article reported that OSF just added Ottawa Regional Hospital to the OSF System.

OSF HealthCare System is enormous. The Milestone Project was just completed in Peoria and cost hundreds of millions of dollars. (OSF received 450 million dollars from the Illinois Finance Authority (IFA) several years ago with ex-Governor Rod Blagojevich making the annoncement of the second largest loan in IFA’s history going to OSF...)

The Third Order of St. Francis in Peoria owns and operates OSF HealthCare System but have put control of the day to day operations in the hands of its managers. These managers wear suits, not habits.

The OSF HealthCare System consists of seven acute care facilities (now eight with Ottawa), one nursing home which has not been rated highly, and a couple of nursing schools.

Peoria’s OSF Saint Francis Medical Center and Children’s Hospital of Illinois are two of the largest facilities in Illinois with 616 beds. (That doesn’t mean OSF has the staff to safely take care of all of these patients, but they do have the space and a shining new medical building.)

Yet, OSF has no room for my very sick Haitian Hearts patients who received care from OSF and Peoria physicians in the past. And since the earthquake in Haiti, Jenny and Henri have been homeless much of the last nine months in Port-au-Prince.

How sad for the Peoria medical community and for these Haitians who are really suffering. And how pathetic this is for the silent Catholic Diocese of Peoria and Bishop Jenky whose “headquarters” sit six blocks from OSF.

From a text book on Tuberculosis by Simon Schaaf:

“The wealthy nations have a moral duty to press for the creation of a more just, equitable, and healthy global society. We are reminded of the words of King Solomon--”Along the way of justice there is life.”
Posted by John A. Carroll at 9:41 AM