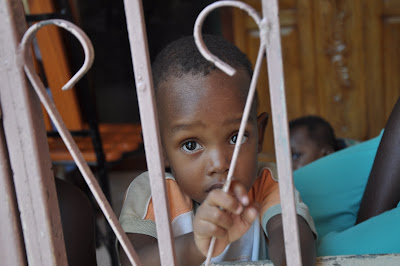 Alice J. Neal devoted her life to having a street in downtown Chicago named after Jean Baptiste Pointe DuSable, a black man known as the city's first non-native settler. But she died before DuSable had a citywide recognition.

On Friday, her daughter-in-law, Bessie Neal stood before politicians and leaders of various organizations at the ceremony to officially rename the Michigan Avenue Bridge as the DuSable Bridge. It isn't a street, but it is a Chicago landmark.

"Anything that is no trouble to you is no good to you," said Neal, who celebrated her 90th birthday in February. "You are going to have to have some ups and downs, I don't care what it is. And I believe that we had some ups and downs before we got this, but we are proud that we got it."

Historians debate DuSable's early years, but it has become widely accepted that he was a free, black man born in Haiti in the mid-1700s. He was the son of a African slave mother and French mariner.

In the late 1700s, DuSable moved to Chicago, a zone of trade for the Potawatomi, Ojibwe and Lakota tribes, said Joseph Podlasek, president of the American Indian Center. DuSable married a Potawatomi woman named Kittihawa and had two children, Susanne and Jean.

DuSable and his family settled near the Chicago River, where DuSable built a home, and later, a trading post, with a mill, a bake house and a barn, among other small buildings. Kittihawa was instrumental in DuSable's career as a businessman, Podlasek said.

Through the years, many fought to erase DuSable's tale from Chicago's official history, but it was never forgotten.

In the 1930s, Alice J. Neal helped form the National DuSable Memorial Society, which set up an exhibit at the 1933 Chicago World's Fair to educate people about him. As the years passed, the society began to fade. So in 1966, Neal organized the Chicago DuSable League, through which she pushed for a street and a statue named after him. She died in 1981, before achieving those goals.

Through the years, a public high school, museum, harbor, marina and an undeveloped lakefront park have been named after DuSable in the city. Until Friday, a variety of more prominent proposals, from renaming City Hall to Lake Shore Drive after him, either failed or stalled in the City Council.

"Many times we have introduced ordinances in the City Council, some of them have passed and some of them just sat on the table, but we've come a long way," said Ald. Walter Burnett at Friday's ceremony.

In 2000, Haroon Rashid formed Friends of DuSable and pushed for the renaming of the bridge. Bessie Neal, president of the DuSable League, was there to help him. Neal said she has spent many sleepless nights and a lot of money "to try to get this going."