How the US can Help Haiti 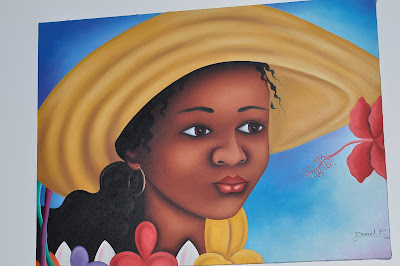 How the US can help Haiti

Thousands of Haitians lost everything in the earthquake. The US should open its borders and start granting humanitarian parole.

Arriving back home in the US after spending a week in Haiti, my five-year-old son came up to me and squealed, "Mommy is back from Hades!"

"Haiti, not Hades," I corrected him. The last thing I wanted was for Haiti to be equated with the underworld in my child's mind, even though it was an innocent phonetic error. For to me Haiti was Persephone, an irrepressible spirit, abducted by unexplained forces into a dark world.

On 11 March 2010, I arrived in Port Au Prince, Haiti with a human rights delegation intent on finding individuals for whom we could request humanitarian parole into the US. Under immigration laws, the secretary of homeland security can exercise her discretion to parole individuals into the US for urgent humanitarian reasons. This can include cases where the individual has a serious medical condition; is pregnant; is a juvenile; or parole is in the public interest. The executives have invoked humanitarian parole throughout US history to persons fleeing persecution and tragedy. In 1956, Eisenhower paroled in thousands of Hungarians fleeing communism; the US employed it again in the 1960s and 1970s for Cuban, Vietnamese and Haitian refugees. A policy for Haitian orphans was announced after the earthquake, but it is very limited in scope. Immigration lawyers and advocates in the US are campaigning for a more expansive use of humanitarian parole.

Our delegation comprised four doctors from Stanford University, myself from UC Davis, a lawyer from Reed Smith, a Haitian medical student from UCSF, and a photographer, operating with support from the Institute for Justice and Democracy in Haiti and Bureau des Avocats Internationaux. We set out, naively perhaps, to find the most egregious cases, those which could compel our government to magnanimously open its borders, to offer sanctuary, medical care, food, and perhaps dignity to the Haitian people. We then met with more than 100 individuals, listening to each person's personal tragedy.

One that haunts me was that of Mr P, a carpenter, who was dug out of his home and remained unconscious for three days. He awoke to learn his leg had to be amputated, that he would have to use a catheter for the rest of his life and could never know intimacy with his wife again. He also learned his home was completely destroyed. The earthquake took all this from him in a single moment. He, his wife and children, like hundreds of thousands of Haitians, were homeless, living without a tent in the streets of Port Au Prince. He had no hope of finding a prosthetic leg to salvage his career or his mobility. He had to teach himself how to get around on crutches, and how to recover from the tragedy, all while hungry, thirsty, and homeless.

I told him about our mission and about the possibility of coming to the US. Would parole into the United States be something that would interest him?

He smiled radiantly at the thought of it. His wife laughed and clapped her hands together. This was the first time they had smiled since the earthquake. The opium of hope had momentarily taken him and his wife out of Haiti and into an imaginary world in the United States. Out of the sweltering heat, the stifling sauna-like humidity, out of the tent camp, the mosquitoes, away from the long lines for food and water, away from his amputated leg and into a world of hope. He laughed: "Schools again for our children! Food in abundance, a home, maybe a new leg – I hear in the USA they have plastic legs, I could work again." His wife joined in: "And I could have a kitchen. I would cook you a big Creole meal, Ms Holly." We all laughed and smiled at each other.

Then the fantasy stopped as Mr P began to cry. Then the Creole interpreter, who had until then tried to remain invisible, began to cry. We were all quiet for several minutes – respectfully waiting for Mr P to look up from his hands again. The quiet tears were undefined, unexplained. Perhaps Mr P and the interpreter knew this was all a fairytale – the prosthetic leg, the kitchen, being lifted out of this misery.

We then took Mr P's photograph for his parole application. Being photographed in misery is humiliating. He stood there proud as the photographer took the shot; I looked away so as not to aggravate the knock to his pride. He then turned on his crutches to walk away. He turned and said: "Thank you. For the first time since 12 January, I feel alive. This hope you give me of coming to the USA is the only thing giving me the will to live. Thank you for giving hope."

I walked off, not able to look him in the face. I wept. I wept because I had no guarantees. Just the guarantee that I would try to make our government show compassion, that I would carry his story to you.

Like Persephone, the people of Haiti simply request an exit from their land, to have a spring again, to pick flowers again in Nysa, for a reprieve from their eternal winter.

We as a nation should be humbled that the Haitian people, a people who rose above slavery, a people of great resilience and survival, wish to become part of our community. They want only the basics: education, food and shelter. In return they offer their cultural riches – their resilience, their art, their music, their beloved food and their beautiful laughter. The United States government should grant humanitarian parole to the Haitians in need and we should not forsake Mr P nor his people whose lives are irreversibly impacted by the earthquake of 12 January 2010.
Posted by John A. Carroll at 6:16 PM