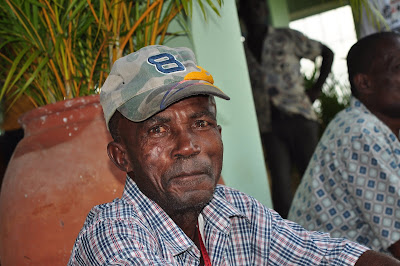 In the next few weeks and months, Haiti's poverty and lack of functional infrastructure will take the lives of many Haitians that could have been saved after the earthquake yesterday.

I saw a video clip on television last night of a man walking down a street in Port-au-Prince. I recognized the street and location. There were burning piles of garbage in the middle of the street. Frankly, I think this video was shot BEFORE the earthquake hit, but am unable to say for sure. Port-au-Prince, on a good day, looks semi-destroyed.

But the disasters created and exacerbated by man are avoidable. Man-made racism and injustice have put Haiti in a child-like, helpless position for the last 200 years.

This segment of Peoria's Channel 25 covered the local efforts of various aid groups in Haiti.
Posted by John A. Carroll at 12:45 PM

Where is the best place to donate money?Let us all offer much prayer for our Haitian Brothers and Sisters !

Where should we donate?Pray for Haitians !