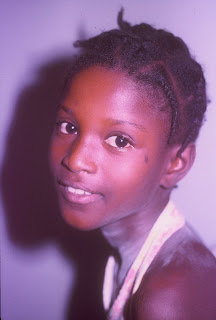 Directive Number 6 of the Ethical and Religious Directives for Catholic Health Care Services:

"A Catholic health care organization should be a responsible steward of the health care resources available to it. Collaboration with other health care providers, in ways that do not compromise Catholic social and moral teaching, can be an effective means of such stewardship."

When the Diocese lost their nerve regarding "social responsibility" for sick and dying Haitian Hearts children, why did the Diocese not "collaborate" with other children's hospitals around the U.S. and Canada and elsewhere, to help us find the kids medical care? Why did OSF not "collaborate" with other medical centers? It would have been very easy to do.

Just because OSF in Peoria wouldn't help these children any longer, did not give the Diocese an out. The Diocese (Bishop Jenky and Monsignor Rohlfs) should have publically stated that Haitian Hearts and the Diocese would collaborate with other medical centers even if OSF did not want to participate. And they could have thanked OSF for what they had done for Haitian children and said that it was time to move on.

But this was just too hard for the Diocese to do. They did not want to embarrass OSF in any way. The Diocese stated in the media that all parties worked in good faith which was obviously not correct. When Monsignor Rohlfs threatened me and stated that the Diocese would come out in the media against me if I filed a petition for a Tribunal Court, this was not good faith on his part. And when Bishop Jenky told me that I needed to come to confession to him for "killing 18 Haitian children" if I pursued the Tribunal Court, this did not seem to be in good faith either.

And Catholics wonder how the church sex abuse scandal happened over the past 50 years??

"Employees of a Catholic health care institution must respect and uphold the religious mission of the institution and adhere to these Directives. They should mantain professional standards and promote the institution's commitment to human dignity and the common good."

OSF has fallen short of this Directive also and our Catholic Diocese is a big part of the problem.
Posted by John A. Carroll at 10:52 AM