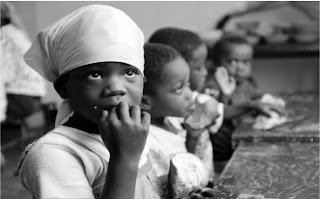 Emergency rooms are getting more crowded as many patients look for immediate care.

of the Journal Star

Dr. Rick Harris spent the morning treating a heart attack patient, helping someone with pneumonia and showing a man how to give himself a shot of blood thinner medicine.

It was a typical Monday in the OSF Saint Francis Emergency Department in Peoria.

"It's hectic. Right now we are at a Crisis 2, because triage keeps filling up and all the beds are full," Harris said. "I expected it when I got up. Mondays are probably one of our busiest days."

But more and more, every day seems like a Monday, doctors said, as visits to emergency departments have grown to an all-time high.

Nationwide, 115 million patients visited the emergency room in 2005, up five million from 2004.

Locally, the numbers are also growing, with the three Peoria hospitals seeing more emergency patients than ever before, doctors said.

"The emergency department is the safety net," said Dr. George Hevesy, director of emergency medical services at St. Francis. "We will see anybody."

There are a wide variety of reasons for emergency room visits, the top cause being chest pain and abdominal pain. Injuries also are a big cause.

"Several years ago, if you called your doctor and said you were having chest pains, they may have wanted to see you in the office. Now they say, go to the emergency department," Hevesy said.

The aging population contributes to the growing numbers, as do the large numbers of uninsured, who often don't have primary physicians to treat their ailments.

"We are seeing people who are waiting longer and coming in sicker. . . . I think part of it is an inability to access their primary care physicians," Hevesy said.

Some of the increase is because of a lack of patience among the patients, said Dr. Greg Sowards, emergency department medical director at Methodist Medical Center.

"Our society is a now society ... it doesn't matter what our thing is, we want it now. And medicine is no different," Sowards said. "People want to be seen, they want to be seen quickly. A lot of this stuff is not life threatening, They are just not willing to wait."

Both Methodist and St. Francis are working to accommodate the increased need.

Later this week St. Francis will break ground on a $234 million construction project that will include a "much needed" emergency department expansion. The emergency room was constructed to serve 32,000 patients annually, but this year it will surpass 70,000.

"It shaves hours and hours off their stay in the emergency department," Sowards said.

Each of the hospitals has urgent care offices, where people can walk in without an appointment and be treated.

Doctors believe many of those patients would end up in the emergency department without these facilities.

"It definitely helps," Sowards said. "The urgent care around town, they see a good portion of the less urgent patients."

Pekin Hospital has seen a slight dip in ER visits, in part because it relocated an urgent care facility within the hospital. "One of the reasons we brought UrgentCare on campus was to pull some of those less acute visits off of the ER," said Cindy Justus, unit director of emergency and urgent care at Pekin. "If we hadn't done that, we would be seeing those numbers completely in the ER."

When UrgentCare was located off site, it averaged about 4,000 visits annually. Last year, 13,834 went to Pekin's urgent care facility.

PJS reader
July 10, 2007 - 20:28
Subject: Dr. Carroll
WOW & WOW! Dr. Carroll thank you for your open honest words. I'm told this type of behaviour is not only at the administrative level, but also among "buddying" directors and management on the units, limiting the input of dedicated staff as to how units should be run and who should run them. It often seems that patients appear to get shuffled through without getting the most appropriate care, and caring staff on the units are deemed unproductive for not moving patients fast enough, yet are afraid to speak up for fear of getting fired......this is all highly interesting.

Unfortunately, what you say about management on units and intimidation of dedicated staff at OSF is true.

Mr. Steffen told me a number of times in his office that "fear is a good thing" among employees. When that is OSF's Administrator's philosophy, how can we expect management on units to be any different?

With dysfunction at the top, the patient is the one that suffers at the bottom.

Jade
July 10, 2007 - 14:44
Subject:
I was in the OSF emergency room last night until around midnight. It was very busy and it did take 4 hours but the nurses, lab tech, and doctors that we saw were all very nice and thorough with the tests and instructions given. I had the same postive ER experience a few months ago which happened to also be on a Monday.It's the nurses in the rest of the hospital who need some training in compassion and courtesy.

Mr. Steffen is the OSF-SFMC Administrator and overcrowding is a hospital problem—not just an ER problem. As my letter states, I was very concerned boarding my elderly patients in the ER for prolonged dangerous periods of time. I was asking Mr. Steffen for his guidance as Administrator.

The next day, I was placed on probabation by Dr. George Hevesy, the Director of the OSF-ED. Dr. Hevesy also serves as Medical Director of Advanced Medical Transport. Several days later when I met with Mr. Steffen in his office, he referred to me as an uncontrolled hemorrhage and cancer that needed to be “cut out” before spreading.

However, even with the punitive actions and inappropriate comments by Mr. Steffen, there seemed to be a serious disagreement and disconnect between OSF leaders. OSF administrator Tim Miller, MD, whose office was just a few feet from Mr. Steffen's office, told me the downtown OSF campus had been "ignored". Instead millions of dollars were spent by OSF building the Center for Health in north Peoria that would help guarantee paying insured patients. Center for Health patients seem to be treated more efficiently that OSF-ER patients. Interestingly, Mr. Steffen referred to the Center for Health as "the Mecca".

The OSF-ER was dysfunctional for many reasons. But one of the main reasons was that the inpatient hospital beds were lacking which limited my ability to get my sick ER patients admitted. Was OSF was stacking the inpatient beds with elective surgical admissions that would guarantee payment? Had the OSF’s founding sisters priorities shifted from patient care to profit?

A recent article from Critical Care Medicine 2007 June; 35:1477-83 analyzed prolonged waiting times in Emergency Rooms. A conclusion from this article written by a reviewer stated:

“The reason for increased mortality in critically ill patients boarding in the ED for 6 hours is ill-defined but is most likely related to resource limitations in a highly vulnerable patient population. Although an ED might provide optimal resuscitative care, it might not be the most advantageous location for ongoing intensive care.

"The time has come for overcrowding to be acknowledged and managed as a hospital-wide problem with real consequences in terms of bad outcomes for patients. As an editorialist notes, as minutes within the "golden hour" are squandered in inefficiency, the cost is human lives.”

Reply to John A. Carroll, MD
Pat
July 10, 2007 - 15:02
Subject:
You are one of a few doctors who actually practices medicine for the right reasons. This is something OSF doesn't want. Profit is their main motivation and when a patient passes the time frame of prime profit potential they prefer them to move on, one way or the other. Of course they favor the new enterprises in North Peoria these are the profit making ventures. Keeping the main hospital in the appearance of non-profit enables them to launch massive campaigns for charitable funds. Medical costs are high because about half of every dollar paid in goes for corporate profit and into the pockets of people who do nothing to care for patients. This is the nation wide trend in Medicine. OSF has a very profitable insurance program for seniors, Medicare pays in the range of $10,000 a year for each member plus OSF collects a premium and co-pays from the insured. The medical community has a very effective lobby to prevent universal pay medical insurance, they would lose their cash cow. No dollar is spared scaring the public with lies about "socialism" thus influencing the ill informed masses against their own best interests. People die in this country daily for lack of medical care, we rate with third world countries in infant mortality. There is no medical waiting line longer in the world than ours, which is never for thousands of tax paying Americans.
Posted by John A. Carroll at 10:07 AM