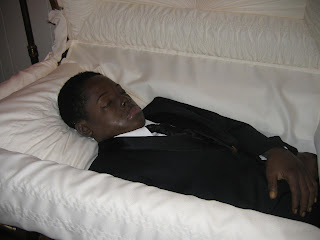 The common good may be defined as the sum total of those conditions of social living whereby citizens are enabled more fully and more readily to achieve their own perfection. Most social evils and injustices are the result of the exclusion of some persons from the common good in which they have a right to share.

Jesus, moreover, taught an ethics that clearly went beyond even this demand for distributive justice based on merit (i.e., each receives in proportion as he or she contributes). Jesus proclaimed the coming of the Kingdom of God (Mk 1:15), which was not merely a heavenly kingdom but was also the fulfillment of the Old Testament prophecies of the Reign of God on the earth.

The Beatitudes (Lk 6:20-22;Mt 5:3-11) are the joyful announcement to the poor (i.e., those excluded from the common good) that at last they are to be included in this common good, not only economically, but also spiritually (“the poor have the good news preached to them”; Lk 7-22). Consequently, the principle of the early church was “from according to his (or her) ability, to each according to his (or her) needs,” a principle Karl Marx borrowed from the Acts of the Apostles (32-35). Thus the common good requires love and mercy and the distribution of possessions according to need. The mark of all Jesus’s work was his concern for the neglected, the outcast, the leper, the prostitute, the Samaritan heretic, and the pagan unbeliever.

A Christian ethics of health care allocation must be based not on merit, and certainly not on the ability to pay, but on need, because the needy are the most neglected. In this sense, health care is a right. Moreover, social oppression is the chief cause of illness. Hence those who are helpless by reason of poverty, disease, defect, or age (the unborn or the senile) should be the first to be considered under any health plan.

Yet all persons should contribute to the plan according to their ability. Thus the social responsibility for health care falls first on those who have the ability to heal, the health care professionals, and second on those who have the ability to pay, that is, those who have profited the most financially from society. For such affluent individuals to claim that they have made their wealth simply by their own efforts is an absurdity. They may have worked hard, but their wealth would not have been possible without the existence of the society of which they are a part. Consequently, their debt to the common good is in proportion to the wealth they have received from it.