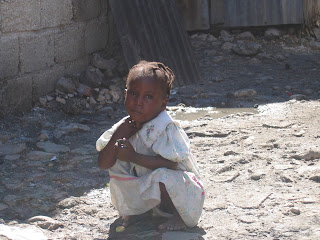 The Peoria Journal Star had an article on March 21, 2007 regarding OSF’s new parking deck. It is an 1,800-spot visitor and patient parking deck. The article reports it is the largest parking deck in Peoria. The deck’s features will include valet service that includes free paring and shuttle cart transportation to the main buildings, as well as heated and air-conditioned stairwells.

The new parking deck costs $37 million dollars. This will accompany the Milestone Project which is OSF’s new 440,000 square foot expansion which will cost $234 million dollars. This Project will include an eight story building with a new Children’s Hospital, as well as an adult cardiac unit, and new emergency and surgery departments.

It is Peoria’s largest building venture ever.

Chris Lofgren, OSF’s spokesman stated, “One of our goals is to eventually have all private rooms." He also noted that OSF is one the verge of acquiring a FOURTH helicopter.

1. OSF continues to reject former Haitian Hearts/OSF patients for surgery with partial or complete funds offered for their surgeries by Haitian Hearts.

2. Revenues for OSF are in excess of 1.5 billion dollars per year.

3. Revenues for the entire Republic of Haiti in 2003, with a population of 8.3 million people, was less than $300 million dollars.

5. Haiti has the highest infant and maternal mortality rates in the western Hemisphere. Haiti is located 90 minutes from Miami by air.

6. 25% of Haitian children are chronically malnourished.

7. Only 50% of Haitian children are vaccinated with the standard vaccines.

8. 75% of births in Haiti are accompanied by non-qualified personnel.

9. There are many Haitian children born with congenital heart disease or who acquire rheumatic heart disease and need surgery. Cardiac surgery is not routinely done in Haiti and never done through the Haitian government for charges that the poor can afford. Serious heart disease in children and adults is virtually a death sentence.


The Journal Star article ended with Lofgren stating that while OSF works on its new project, visitors and patients can enjoy the new deck and its valet services.

“Because of the size of (the deck), it is the right thing to do,” Lofgren said beaming. “This is first class, all the way.”
Posted by John A. Carroll at 9:43 PM