Open Letter to Catholic Diocese of Peoria and OSF 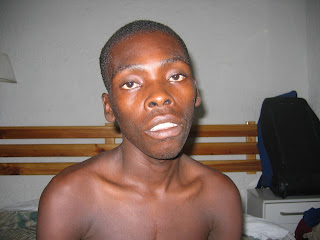 I have been following the weather conditions in Peoria from here in Haiti. The snowfall, winds, and cold seem to have partially paralyzed central Illinois.

Haiti’s condition is actually much worse than Peoria, even though the weather is much nicer. The people here suffer every sort of injustice known…except snow and ice.

Please prayerfully consider accepting Maxime Petion at OSF for evaluation of his heart. I e mailed you about Maxime 6 weeks ago, but didn’t hear back.

Maxime was operated several years ago at OSF when he was 17 years old. He is suffering greatly in congestive heart failure.

It is my understanding that OSF’s International Committee is going to meet this week and discuss whether Maxime will be accepted at OSF. Unfortunately, no Sisters sit on this Committee.

As you know, Paul Kramer, Director of Children’s Hospital of Illinois, called the American Consulate in Port-au-Prince several years ago to stop Haitian Hearts patients from obtaining visas to travel to Peoria. Mr. Kramer sits on the Committee. Also, OSF’s legal counsel, Doug Marshall, wrote me a while back stating that OSF will not accept any Haitian Hearts patients even when full or partial charges were offered. These actions by OSF’s leaders are opposite to the Sisters Mission Statements and the Ethical and Religious Directives for Catholic Health Care Services written by the Catholic Bishops in the United States.

His host family in the Peoria area are very concerned about Maxime and even suggested to me that they come here to be with Maxime and his family. Political violence and kidnappings in Haiti are at an all time high, so I have discouraged his host family from traveling here.

Haitian Hearts will offer you $10,000 up front for Maxime’s life. I am pleading with you to give Maxime another chance at OSF.

He will die soon unless something is done very quickly.