A Great Day in Haiti! 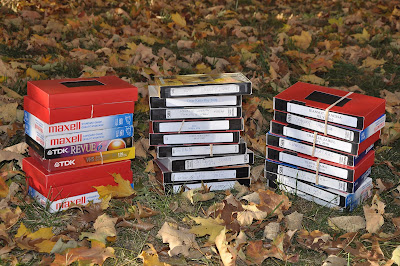 Since the earthquake last year, I have been able to work about four months in hospitals and medical clinics in Haiti.

During the course of a week it is not unusual to see a new pediatric heart patient.

During these four months I accumulated eight new heart patients with a wide variety of congenital and acquired cardiac defects who I considered reasonable candidates for evaluation for operative repair.

The kids are from Port-au-Prince and southern Haiti.

Their faces, their mom's faces, their exams, and their echocardiograms always haunt me as the days and weeks go by when Maria and I cannot find a medical center in the United States to accept them for surgery. I think I am on a chronic guilt trip when I know that most of these kids could easily be "cured" in the hands of a skilled and gentle heart surgeon.

Several months ago an organization e mailed Haitian Hearts and told us that they have a grant to operate on 400 Haitian and Dominican children's' hearts during the next five years. The surgeries will be performed by American and Dominican teams in the Dominican Republic.

And this organization wanted to know if I had any kids that needed surgery!

I answered back immediately and sent a clinical vignette of these eight Haitian Hearts patients. I also sent their VHS echocardiograms to this organization's cardiologist in the States.

I will call their cardiologist Dr. C.

Dr. C reviewed the echocardiograms and then flew to Haiti. He was in Haiti right after the return of President Aristide and during the weekend of the presidential elections (March 20, 2011).

To make it easier on the kids mothers, he rented a little plane and flew south from Port-au-Prince to Cayes and examined the kids that we had lined up to see him. ALL the kids were accepted by Dr. C to go to the Dominican Republic for heart surgery in early May!!

Thus, eight of the kids were accepted for heart surgery and when Dr. C arrived back in Port-au-Prince, he travelled to Cite Soleil and examined yet another Haitian Hearts patient, Dusousa.

Dusousa is the 17 month old toddler who is blind from cataracts and is in the malnutrition program in the back part of Soleil. Dr. C and an ophthalmologist examined Dusousa and, believe it or not, Dr. C's daughter who is an ophthalmologist, will operate Dusousa in the States!!

This is what I would call a gran coup d'etat in Haiti.

Thank you, Dr. C., for all of your efforts for these Haitian children.
Posted by John A. Carroll at 8:46 AM

Dr. Carroll - is this ICHF? We have a child going to the DR next week for his surgery. Amazing group of people.