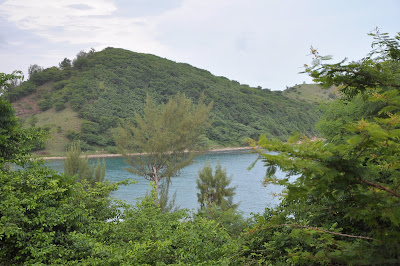 
In the late 90's Haitian Hearts brought Yarnie to the United States for heart surgery.

Yarnie was about 13 years old at the time and she had valvular heart disease caused by rheumatic fever.

She survived surgery at OSF in Peoria and became much healthier and stronger. Yarnie returned to her home town in southern Haiti which is called Dame Marie. This little village is the home of the famous Haitian-American author Edwidge Danticat.

Yarnie survived the next 12 years in rural Haiti and had she had a two year old baby.

Yarnie was evaluated by Cuban doctors in southern Haiti.

An echocardiogram was performed which indicated she needed heart surgery. However, OSF in Peoria refused her repeat heart surgery because she is a Haitian Hearts patient. And another hospital could not be found in time to transport her to the US.

Her child is now an orphan in Haiti, one of the very most difficult countries to grow up in the world.

It is printed below.

Little did I know
25 years ago when I said,
"Sure, I'll go to Haiti with you,"
that half an island would claim me.

In my work, I am faced
with the limits of what I can do
in the land of limitless heart patients.
Not patients with great hearts, that don't work quite right.

They all know me, Dr. Blan,
who can whisk them
to the magic land, the heaven
up north where hearts
can be synchronized.

The Haitians wouldn't put it that way.
They would say they no longer feel
th ocean rising in their chest
and maybe they won't drown.

Thousands need help.
Who to choose?

A priest tells me of
a sick girl in Dame Marie.
Yarnie, the best student
in her class and maybe the cousin
of Edwidge Danticat, who wrote
Breath, Eys, Memory.

I'm sure she is lovely and deserving,
and her weak breath concerns,
but five kids on the list are coming back.
Perhaps next time.

The next morning I scale an
eight-foot airport fence
and drop to my knees.
The priest arranged
for a Haitian Pilot Man
to fly me to Yarnie.
If I can take five, what's six?

Why is the pilot tasting the gasoline?
Because it's mostly water?
We lift off while the sun peeps
innocently over mountains.

Heading west, preparing to land,
the guilty sun blinds the cockpit,
and the pilot confirms,
"I cannot see anything."
Whack! Whack! Whack!
We hit the treetops and prepare
to die in Dame Marie's red clay.

But instead we land in mud.
Haitian Pilot Man boasts,
"I use only one half of runway and am only pilot,
in Haiti who will land here,"
and then warns me not
track mud in his plane when I reenter.
Priorities.

A group walks toward us.
Yarnie and others.
A runway examination reveals
tachypnea and a heart rate of 140,
the beautiful girl, a stick figure.

The brave fool pilot says he will
fly lower than the mountains for Yarnie's breath.
What choice do I have?
Yarnie's mother cries for
her daughter who she
will lose to find.

Back in Port-au-Prince,
I must get yarnie a visa.
If she falls asleep,
she stops breathing, a deadly cardiac slumber.
I tell another cardiac kid, Nadia, to shake
Yarnie if she doesn't breathe after 15 seconds.

I am gone three hours.
Will there be a girl for this visa?
Rushing in the door,
Yarnie standing and smiling,
"Sure had a good nap. Made a new friend who
kept shaking me for some reason."