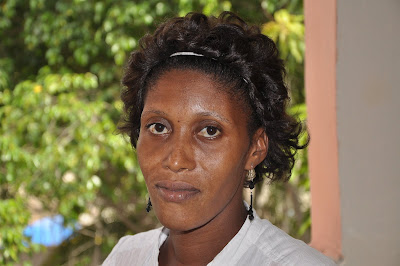 If you follow this blog at all, you may know about Heurese.

Heurese is a 31 year old Haitian female that has survived two heart surgeries, abandonment by OSF-SFMC in Peoria, four tropical storms, Haiti's gangs, the UN soldiers and the epic earthquake on January 12, 2010.

Heurese told me today that she was outside her shack in Carrefour talking to a friend the night of the quake. They heard a loud noise and watched shacks as they collapsed. They heard people screaming from everywhere.

Heurese said she knew for sure that it was an earthquake and thought for sure that she lost her two young children as they were headed home from school with her sister Jenny. However, Jenny and the kids showed up two hours later, afraid but not physically hurt.

Her cell phone did not work so Heurese, her kids, Jenny, and another sister Vita huddled in the street and stayed there for four days. Their brother showed up four days later and they all went to their mother's home in Bainet on Haiti's southern peninsula.

Today Heurese is in cosmetology school in P-a-P and sleeps in a pup tent with Jenny.

Heurese has survived again.
Posted by John A. Carroll at 4:44 PM