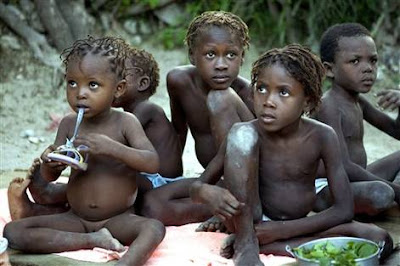 If you didn't see the New York Times article regarding U.S. hospitals flying immigrants back to their homes, here it is. It is a must read.

Sister Margaret McBride, vice president for mission services for Saint Joseph's in Phoenix, was truthful when she said that the patient/immigrant's families were not happy about repatriation but they (Saint Joseph's) don't require consent from the family to repatriate. She should know since her hospital returns quite a few unlucky souls each year.

This reminds me of OSF in Peoria.

When Haitian Hearts was negotiating with OSF and the Catholic Diocese of Peoria regarding the fates of numerous Haitian children suffering from heart disease, neither OSF nor the Diocese would tell me the details that I had to accept to receive any support from OSF. However, they did allude to the fact that the Director of Children's Hospital of Illinois (CHOI) would be holding the passports and visas of my Haitian Hearts children. I knew the Director's behavior in the past, and so I was afraid that he and Children's may attempt to send Haitian kids back to Haiti before they were safely cleared for me to fly them back to Haiti.

Unfortunately, with the recent New York Times article addressing the unethical business of sending immigrant/patients home, it reminded me how these hospitals have nothing on OSF in Peoria.
Posted by John A. Carroll at 12:30 PM