For the first time ever, the Peoria Fire Department firefighters will be able to act as paramedics (without the oversight of Advanced Medical Transport) and provide advanced life support at the scene of a medical emergency.

Over the last few years the Peoria Medical Society told me that they did not see a need for this change to be made in Peoria, the Catholic Diocese of Peoria referred me to the Pope regarding Advanced Medical Transport and their "alleged monopoly" of local pre hospital care, and the OSF Corporate Ethics Committee and the OSF Compliance Officer refused to hear my concerns over this dangerous issue. And Dr. George Hevesy, who was receiving salaries from OSF-SFMC and Advanced Medical Transport when he was director of ambulances (Project Medical Director), told the Peoria City Council years ago that allowing the Peoria Fire Department to get involved with advanced life support was "duplication of services".

Many patients that have called 911 in Peoria and had to wait long periods of time for paramedic care probably would disagree with the above statements.

Obviously everything is not transparent here and OSF and their present Project Medical Director (who works under Dr. Hevesy in the OSF Emergency Department) had to agree with this policy improvement, or it would not have happened. 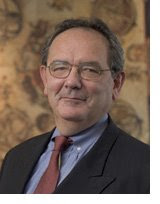 The Peoria Fire Department still cannot transport patients to local hospitals, so Advanced Medical Transport will not lose their income in transportation.

And most importantly many patients will be treated earlier when precious minutes can mean the difference between life and death. Too bad this common sense decision took so many years to occur.
---------------------------

PEORIA — The City Council will vote on a three-year contract that affects 198 Peoria fire union employees tonight, less than 24 hours after the union had a chance to ratify it.

Mike Morrow, vice president of Fire Fighters Local 50, said Monday that union members were voting on the contract throughout the day and evening. A final vote would not be known until early this morning.

"We anticipate ratification by the union," said Kimberly King, a city attorney who participated in negotiations between the union and the city. "The negotiations really did go well in terms of folks being reasonable on their requests."

Major contractual provisions include the following:

- The establishment of Advanced Life Support (ALS) engine companies at two stations in the north end of the city.

According to the city, there will be a 2 percent paramedic pay incentive given whenever a union member becomes ALS licensed by the state. The incentive pay is limited to 16 paramedics on staff. Fire Chief Kent Tomblin said there are about 10 union members who are certified.

King said having two ALS engine companies allows firefighters who respond to emergency calls to be better equipped to handle a "higher level of medical support to a distressed individual" before Advance Medical Transport (AMT) arrives.

- New firefighters' starting salary will remain $43,427, although the pay steps will change. It takes a union member eight years before topping out on the salary pay schedule, Tomblin added.

"It's a very good contract," he said.

Morrow said he will be able to comment more about the contract after the union's vote.

The contract is the result of six to seven months of negotiations. Local 50 members had about two weeks to review the agreement before Monday's ratification vote.