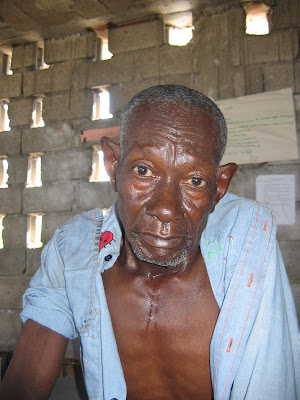 As indicated in a previous post, congestive heart failure (CHF) is a huge problem in the United States. Approximately 5,000,000 Americans are living with CHF. Many of these patients can live many years with medications.

CHF is a common cause for breathing problems in Peoria. When the Peoria Fire Department (PFD) answers a 911 call for “shortness of breath” the PFD Firefighter EMT’s can provide the patient with an oxygen mask but are not permitted (usually) to intubate the patient.

The CPAP (Continuous Positive Airway Pressure) machine has been used for decades in hospitals to help patients breathe and avoid a ventilator. CPAP is now being used in many locations in the United States in the prehospital setting by firefighter EMT’s. In Wisconsin, fire departments that have Basic EMT skills have been taught how to use CPAP machines and are allowed and able to save people’s lives.

The Houston individual stated that in the last several months, only 35 of 175 patients treated with CPAP at the scene needed to be intubated and put on a ventilator. This is an incredibly good figure. Patients NOT put on ventilators live longer and leave the hospital earlier. Plus their medical care is much less expensive.

Peoria had a bad snow in December, 2006. People with special needs were shut in. 911 calls had to go slower in the streets. The PFD usually arrives before Advanced Medical Transport on a good day in Peoria. Just think how helpful CPAP administered by the PFD would be for people unable to get out of their homes?

For this to play in Peoria, multiple people and entities have to agree.

If a grant could be obtained, as Houston did, the taxpayer would pay nothing for the CPAP units.

The Peoria City Council would need to study the issue and agree that CPAP should be part of what the PFD does with its Basic Life Support skills.

The PFD needs to want to learn CPAP. Firemen work and are paid to help others. Why wouldn’t they want to learn this invaluable technique? I know of no Peoria firefighter that wouldn’t be open to learning this.

OSF, the resource hospital for Peoria’s EMS, would need to agree to support this. The Project Medical Director (PMD) who is employed by OSF would need to agree. This should happen also, but will it? (Hint: An OSF physician wrote an article regarding CPAP's important role for congestive heart failure in the pre-hospital setting. He did include in the article that CPAP pre-hospital use would be for PARAMEDICS, which would naturally rule out the PFD and keep CPAP in the hands of Advanced Medical Transport. The OSF physician left out of his article that CPAP is being used by Basic Life Support fire departments in other cities.)

If history repeats itself in Peoria, most likely the PFD will NOT acquire CPAP units or be taught how to employ CPAP for Peorians with life threatening problems related to congestive heart failure.
Posted by John A. Carroll at 1:16 PM